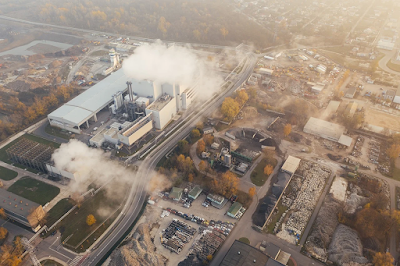 We are in a climate crisis, but what does that mean? Like we did when exploring the meaning of eco-friendly, we're going to dissect the word. Climate is the weather in an area over an extended period of time.

Climate change is when long-term weather patterns shift, hence climate change. Temperatures gradually rise, which could, and has begun to, cause great destruction.

Climate change, sometimes referred to as global warming, has destroyed ecosystems. According to the World Wildlife Fund, “Populations of mammals, birds, fish, reptiles, and amphibians have, on average, declined by 60% between 1970 and 2014, the most recent year with available data.” Fewer species roam the wild because of mankind’s actions, and the people who cause it pay the smallest price. NASA has observed the effects of climate change from space. They have seen rising sea levels, wildfires, melting ice caps, and a whole lot more. Earth is changing rapidly, but what exactly have we done?

How we are Causing it:

Humans are infamous for using fossil fuels for energy; how does this work? When greenhouse gasses in fossil fuels such as carbon dioxide enter the atmosphere, they warm the Earth. Power plants, cars, and factories all expel gasses that warm the planet. Agriculture, especially meat production from cattle, emits a lot of greenhouse gasses. Cattle digestion (i.e. cow farts) has sped up the process in which the Earth warms. This is because of an increasing demand for meat. In our modern society, we are using more energy, which has led to a climate crisis.

So what? We’re warming up and it will be like summer all year round? Too bad for the animals, but we’re all right. Right? Well, no. Global temperatures have risen by 2° Fahrenheit (a little over 1° Celsius) since 1880, says NASA. That sounds insignificant, certainly not enough to flip winter to summer. What it is doing, though, is causing storms and severe weather. As mentioned before, wildfires have become more prevalent and rage across the west coast of the United States. Hurricanes plague millions of people, and rising sea levels will swallow miles of land and homes if we continue at this pace. The future looks grim, but this post needs a happy ending!

What you can do:

Change starts small. You can begin to help out by recycling and reducing your consumption. If you buy less, fewer items are manufactured, and factories emit fewer fossil fuels. Diet plays an important role in sustainability. I will not tell people the right way to eat, because there is not. However, substituting meats with plant-based proteins like lentils can reduce your carbon footprint or your effect on the environment. Even though we are facing major problems, you can help. My previous post: 5 Ways to Help the Environment During the Coronavirus Pandemic lists ways you can help during the age of social distancing.