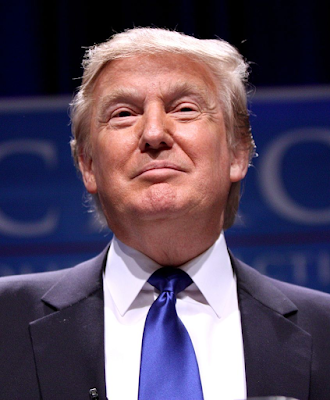 One of the most controversial American presidents of all time, Donald Trump’s first term in the White House began on January 20, 2017. He is running to serve a second term as president. If he wins the election scheduled for November third of 2020, his second term will begin on January 20, 2021. He isn’t the only contender, however, and his competition includes Joe Biden (Democratic Party), Jo Jorgensen (Libertarian Party), Hawie Hawkins (Green Party), and maybe Kanye West. Because he is likely to serve a second term and is the current president, we decided to analyze his environmental beliefs, policies, and achievements.

First, I visited the Donald Trump campaign website. I found his “Energy and Environment” section under “Promises Kept”. I expected claims about Trump’s effort to improve ecosystems, but instead, he listed ways that he increased fossil fuel production at the planet’s expense.

He mentioned his decision to withdraw from the Paris Climate agreement, a decision that could increase global temperatures. We have an entire post explaining the importance of the Paris Agreement that you can read here. He also withdrew from other climate agreements that the country entered during Barack Obama’s presidency.

Donald Trump has also denied climate change. A few years back, he said “we're at the cleanest we've ever been” in response to a climate report.

The theme with Donald Trump is loosening regulations to increase oil drilling in hopes of boosting the American economy. His policies could improve the economy in the next couple of years, but not too long from now, these policies could cause a catastrophe. EarthPlex doesn’t approve of Donald Trump from an environmental standpoint because he has not taken the climate crisis seriously. If you are not eligible to vote, share this with somebody who is!