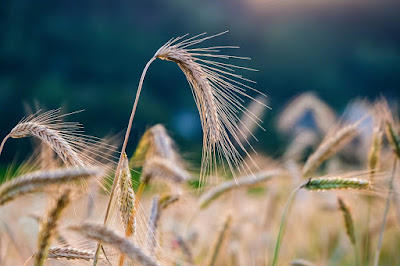 Every book has its cover, and inside every cover of a book has its own story. But even if the book cover looks like a masterpiece, the story could be bland, and vice versa. But what if you could alter that story or the cover endlessly? With GMO crops and new biotech that is looking to reconstruct new species into populations and add to biodiversity, breakthroughs are hoping to rise from the horizon. However, many are apprehensive about “GMO”, and many other labels that can make it perplexing to understand what’s good for your body, the environment, and ultimately the world. If you want to understand how GMO crops can benefit, you have to understand the genetic base.

GMO stands for ‘genetically modified organism’ in which special enzymes cut off DNA (deoxyribonucleic acid)  of the desired trait from an organism, which is then transferred to a vector, also known as the carrier. The trait is then placed in a plasmid and then put in the organism which wanted to change its trait. The result could be a glowing fish, mixed colors of corn kernels, and juicer apples that are used for marketing and promoting businesses.

GMO crops have also been modified to the point where farmers don’t have to dump gallons of ethanol, waste, and other products that plants might be susceptible to. Pesticide usage such as DDT has also been a major dilemma in the farming industry that although would kill insects, pose harm to other animals and even humans should the crops be intoxicated beyond lethal levels. With gene splicing, the trait of pesticide resistance was born, and fewer crops were damaged before going to waste. The FDA also approved GMO products on markets in the 1990s, saying that it helps keep sustainable tabs to produce food that majorities a person’s plate, helping to feed impoverished families.

And now the million-dollar question. Do GMO crops pose a lesser or higher threat to climate change? The answer to this question depends on whether you anticipate climate change is real or not, but the long-term answer is yes. With more acres of land to produce GMO crops ultimately means more carbon dioxide absorption, leading to reduced emissions and breakage in the ozone layer. Whatever chemical compounds are left in the crops can be used for compost, animal feed, and other eco-friendly ways. Places affected by global warmings such as Africa, Australia, parts of the Middle East, and even the Western United States can use GMO products to strengthen the farming industry in third world countries and also preserve the atmosphere and crops alike.