“The Worst Debate Ever” Analyzing Round 1 of the Presidential Debate 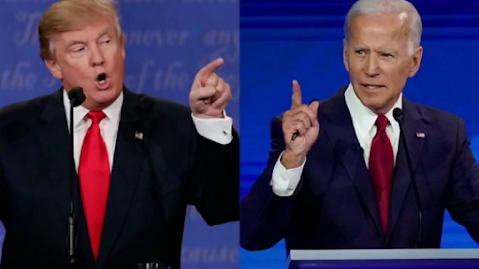 “The Worst Debate Ever” Analyzing Round 1 of the Presidential Debate

Wednesday’s presidential debate marked probably one of the ugliest bickerings between President Trump and Democratic nominee Joe Biden. Tension had arisen over the past few months, and with the election closing in on 5 weeks, many undecided poll voters had either decided, hadn’t decided, or simply gave up on who would run America. With Trump unleashing furious malice at Biden over his own relations with his sons, a false accusation about Ukraine, and blaming “all the Democrat-run cities” for the downfall of his horrendous presidency, there was some valuable stuff that was seen in this so-called “Trump dominant debate”.

Much of the debate was to recall how the economy was holding up within the American government, in which Trump responded that they had been doing the best in a long time, referring to millions of jobs back in business. This statement was just blatantly false, in which millions were unemployed and many only chose to go back to the workforce, or there might not even be money on the table. Biden also addressed this statement with his own political views, looking directly at the camera while explaining how the big businesses were laughing upon the people as they earned more money during the pandemic than anyone else. Now you might see me as opinionated and biased, but hear me out. Trump signs the Tax Reform Plan only a year into his presidency, showing no signs of hiding when it comes to big money. But when 200,000 Americans are dead, he responds with “it is what it is”. Shameful, for a Republican or Democrat.

Systemic racism was also of a prioritized concern in the debate, in which the area of white supremacy was touched, which Trump shot down with his immature attacks on Biden and still denotes that it was not of his concern while supporting a tweet which gives out a statement of “White Power!”. Biden respectfully avoided this annoyance, and not only talked about systemic racism in the moments of law, but in healthcare, and how this applies in the longer run. The coronavirus was also spoken upon as we reach the end of the year, in which Trump has debunked all the actual experts of this pandemic, and said that Joe Biden wants to “shut the country down” while he keeps it open. A quick fact check implies that this claim is also denoted to be false, as Biden did not have the intent, but if such strictness is needed (cough cough, which Trump never did), then would he shut the country down.

Now talking about these topics isn’t what EarthPlex is known for. So let’s change to the million-dollar-topic of this blog: climate change and the environment.

Now here’s where things get sloppy. Trump comes out of the gate saying that he wants clean water, clean air, and everything to be clean. Now although his intent might be good, he doesn’t answer whether he believes in the science of climate change, which was the original statement questioned by moderator Wallace. All while calling climate change a “hoax”. He then goes into unnecessary details about automobiles and the industry, arguing that it would be cheaper to buy one. However, this would mean more cars on the road, which causes global warming. Biden then introduces what he called “The Biden Plan”, a plan to create weatherizing homes and to cheapen the usage of renewable resources without destroying our nation’s national capital. This also made the argument that millions of jobs would be made and that if implemented could be a benefit to the economy.

The rest of the debate ended with a talk about election fraud, soliciting ballots, fear of voting, and ultimately a conclusion of barking between the moderator and his valiant effort to keep the two debaters from becoming a “dumpster fire inside of a train wreck.”

And the rest of the debate. Well, that’s history….

Click here to read our environmental analysis of Donald Trump!

Click here to read our environmental analysis of Joe Biden!

Click here to learn how to guest write for EarthPlex!